Since the primary target for roof cleaning work is the residential market, we are going to look at typical home construction to introduce roof safety and roof etiquette.

It’s important that you understand the basics of roof construction before you think about doing this work. If not, you may cause leaks and severe damage to the home – or even hurt yourself. Most power washers use machines capable of pumping 4-8 gallons of water per minute, and one mistake can cause thousands in damage, for example. 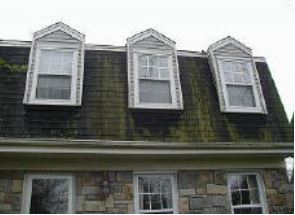 Most roofing materials are installed over a layer of felt paper and in some cases a rubber like ice guard material. The felt paper is installed over plywood sheathing, which is nailed to the rafters every 24” (varies by local codes). Sometimes you can see where the rafters are because they form almost invisible ribs on the roof. This is a sign of aging, indicating that the plywood is sagging ever so slightly in between the rafters.

The first layer of shingles is called the starter course and is installed at the lowest point on the roof, upper-side pointed down. This allows a solid base for water to run over without leaking down into the rafters and plywood between the shingle keyways. Once this starter course is installed another shingle is place directly on top of it, and the rest of the roofing is placed in a similar fashion up the roofline. The reason shingles are installed in this manner is to allow the water to run over one shingle onto the next until it enters the gutter system.

If the system for roof cleaning that you adopt involves walking the roof, it is critically important that you objectively look at the roof for signs of weak spots. There may not be any leaks appearing in an old roof, but all it might take is walking around on the wrong spots to make the situation arise. Look for any sagging areas, as that indicates a weakness in the plywood. Stepping on a weak spot like that could end up causing you to drop through the roof to the attic below.

If you walk a roof, limit your footsteps to the rafters if at all possible. As an alternative, many contractors use walking boards they can move around. Stepping on a board spreads your weight over the size of the board instead of just the size of your shoe.

Now that you understand the basics of roof construction it’s equally important to know the other structures on the roof and their function to avoid causing leaks around them.

Vent Pipes – Vent pipes are used to vent gasses from plumbing fixtures in the home. They have a rubber gasket around them that wraps tightly around the protruding pipe to keep out water. Inspect all vent pipes to make sure there are no cracks or tears in them.

Flashing – Flashing will be found where chimneys and other objects meet the roofing. It should be fastened and sealed in place to keep water from entering the home when it runs down the surface. 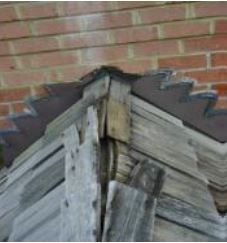 Ridge Vents or Peaks – This picture shows the peak of a roof with the ridge vent removed so you can see where any water entering it will enter the home. 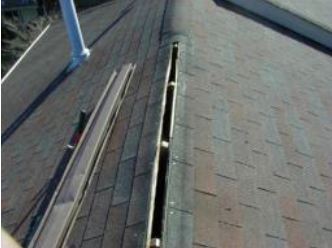 Nail Pops – Nail pops may only be small holes in the roofing but they can allow water into the home and under the shingles and felt paper. When water gets under the tar paper it can become trapped and cause the plywood underneath to rot. 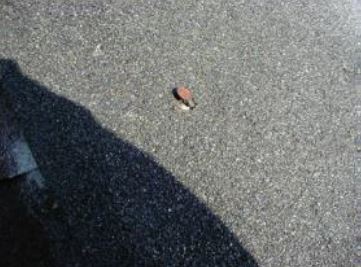 Skylights – Skylights may be found on many roofs and require extra caution. Never spray water around them, as they will usually leak if you do. 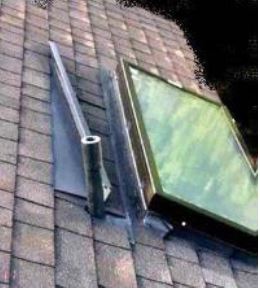 Powered Attic Vents and Missing Shingles – Most homes have motor driven vents on their roofs to remove excess heat on hot summer days. If water is sprayed under these vents it can easily run down the wires causing a short in the electrical system or a fire. Obviously it’s also important to make sure there are no missing shingles before you begin washing the roof. All of these items can easily be fixed by an experienced roofer but its imperative that they are fixed before you clean the roof! 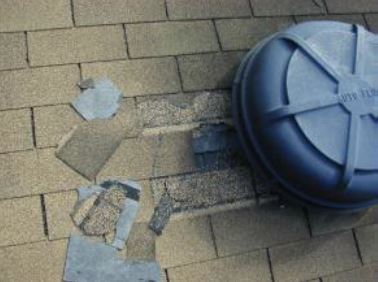 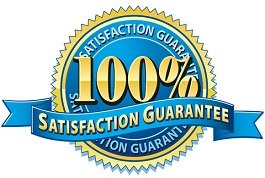